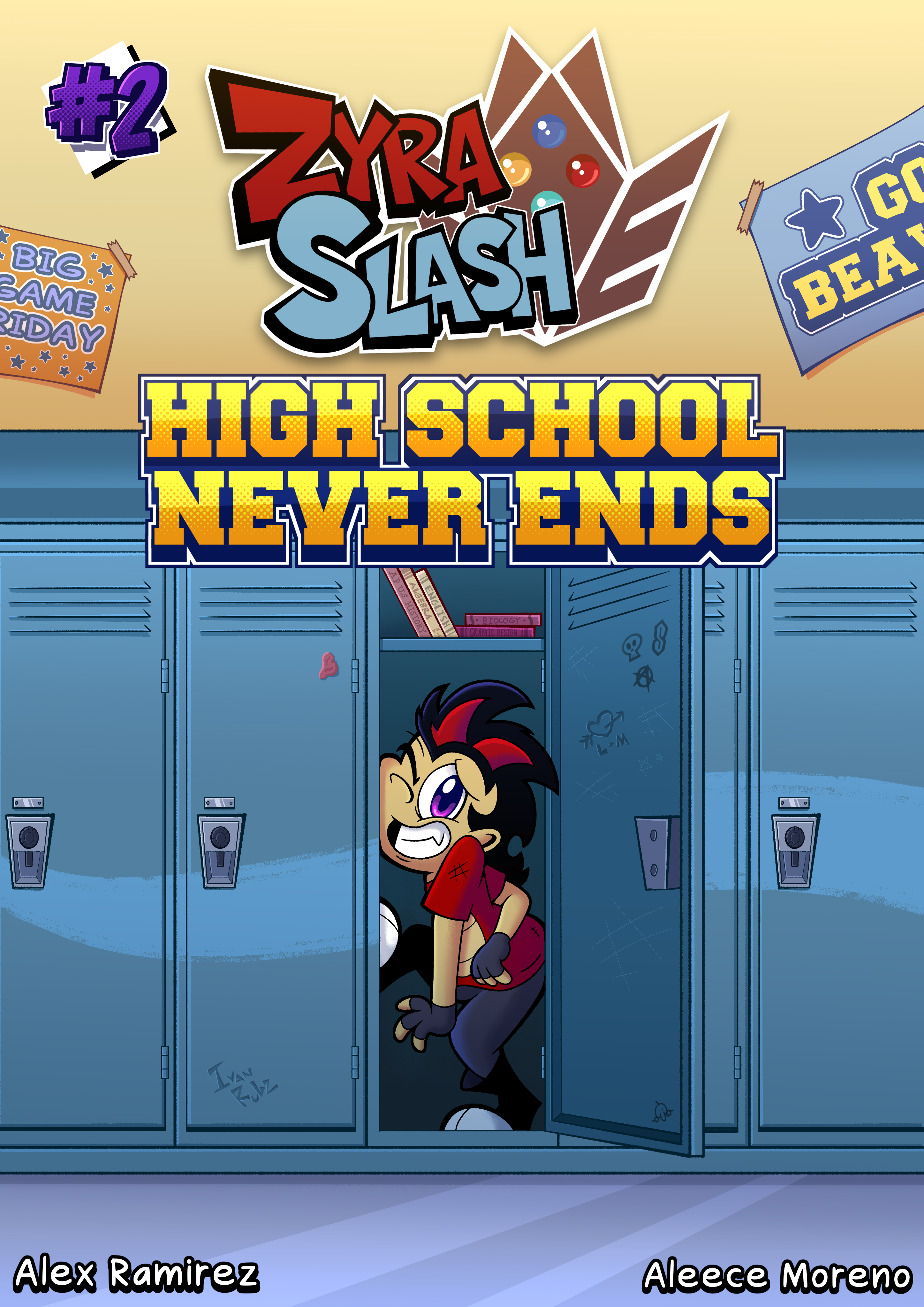 TheIrkenMoonwalker
With a new ally by his side, Zyra begins his journey to blend in with humanity. But anyone who's ever listened to an early 2000's punk album knows it's never easy to be a teenager.

Thank you guys so much for being so patient, the next issue is finally here! This issue marks the start of regular updates, so you can expect two new pages every Wednesday!